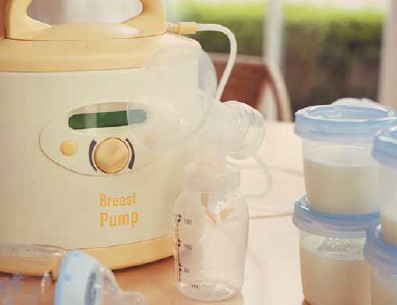 The case of Autumn Lampkins should serve as a warning to employers to be mindful of the needs of nursing mothers. Lampkins, an assistant manager of a KFC in Delaware, gave birth to a son and needed to pump breast milk. At first, her employer told her to use the restaurant’s single-stall bathroom. After a while, the employer became fed up with the bathroom being occupied, so Lampkins allegedly was made to express milk in the manager’s office, which was accessible to coworkers who would enter while Lampkins was pumping.

Lampkins needed to pump every two hours, but her employer allowed her to pump only once each 10-hour shift.

After coworkers griped about Lampkins’ pumping breaks, she was demoted and transferred to a different store, where she had to pump in an office with a window.

Her new boss cut her hours, supposedly to give her more time to pump. She quit when she heard she was about to be fired.

Lampkins sued KFC for sex discrimination, for maintaining a “hostile work environment” under Title VII of the federal Civil Rights Act and for failing to follow its obligation under the federal Fair Labor Standards Act (FLSA) to reasonably accommodate a nursing mother’s need to express breast milk.

A jury awarded her $25,000 to compensate her for the harm she suffered and a whopping $1.5 million in punitive damages.

The case is only one example of an explosion of lactation-related lawsuits brought by working mothers in recent years.

A study by the University of California Hastings College of the Law found that between 2006 and 2016, the number of such suits increased 800 percent over the prior decade. Given the landscape, employers need to know the state and federal laws on the issue and how best to comply.

The most important law for all employers to be aware of is FLSA, which applies everywhere. Though most employers probably know FLSA in the context of wage, hour and overtime requirements, fewer are familiar with its breast-pumping provisions, which were enacted in 2010 as part of the Affordable Care Act.

Under FLSA, employers must provide nonexempt employees (generally, employees in nonexecutive, nonadministrative or nonprofessional roles who are entitled to overtime pay) reasonable break time to express milk for at least a year after their child’s birth. The break time is unpaid, unless the employer gives workers paid breaks for other reasons.

Employers must provide a private place, out of the view of coworkers and the public, that is free from intrusion, and the place cannot be a bathroom.

Employers with fewer than 50 employees are exempt, but only if FLSA’s requirements would pose an undue hardship on the employer. (This would need to be a lot more than just an inconvenience. After all, a private space doesn’t need to be that big, and it’s possible to share lactation space with a nearby business.)

FLSA violations can bring heavy fines and, in extreme cases, criminal prosecution. Meanwhile, many states and even some cities have their own protections for mothers who need to pump at work, and many of them offer more protection than FLSA. For instance, the District of Columbia’s law covers all breastfeeding women, not just nonexempt employees, and an employee’s rights don’t expire a year after a child’s birth. Illinois’s law similarly applies to all workers. New York City recently passed a law requiring employers to provide “lactation rooms” with helpful amenities like refrigerators (for storing breast milk) and running water. It also mandates written lactation policies and processes for employees to request nursing accommodations.

This is a complicated area. Talk to an employment attorney where you live to review your compliance.