Many employers in the service industry take what’s called a “tip credit.” In other words, they pay workers performing tip-generating tasks a lower wage (as little as $2.13 an hour, far below the federal minimum wage) with the expectation that tips will make up the difference. There’s also been controversy for some time over whether tipped workers have to be paid at least minimum wage for time spent on non-tipped tasks. For example, do restaurant wait staff need to be paid minimum wage for time spent cleaning trash cans?

Years ago, the U.S. Department of Labor issued “guidance” known as the “80/20” rule. This rule states that employers can’t take a tip credit for time spent on non-tipped duties in excess of 20 percent of employees’ workweek. 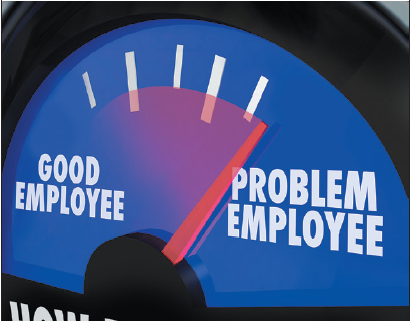 But it’s not clear to what extent employers are required to follow such guidance (in other words, whether this is a recommendation or a hard, fast rule), though a recent decision froma federal appellate court on the West Coast indicates that at least in that jurisdiction, it’s mandatory.

In that case, a server at the J. Alexander’s restaurant chain filed a class action on behalf of himself and other servers complaining that in addition to his tipped duties, the company abused the tip credit by forcing wait staff to spend more than 20 percent of their time on untipped tasks such as cutting lemons and limes, cleaning off drink dispensers and cleaning the bathrooms.

A federal judge threw out the case, finding that employers weren’t required to follow the 80/20 rule. But the appellate court reversed, reasoning that the rule was necessary to stop employers from exploiting maintenance workers by paying them a sub-minimum wage simply because they might occasionally wait on a table or two.

Meanwhile, some states have adopted the 80/20 rule outright in enforcing their own wage laws.

What does this mean for employers? First, they need to consider whether it’s really worth taking the tip credit if they’re still going to force tipped workers to do other tasks. After all, it takes a great deal of recordkeeping to show you’re complying with the 80/20 rule and the savings on wages may not be worth the cost of accounting.

Second, they should discuss their practices with an attorney who’s well versed in wage-and-hour law to make sure they’re not putting themselves at risk of a lawsuit.

We welcome your referrals

We value all our clients. And while we’re a busy firm, we welcome all referrals. If you refer someone to us, we promise to answer their questions and provide them with first-rate, attentive service. And if you’ve already referred someone to our firm, thank you!