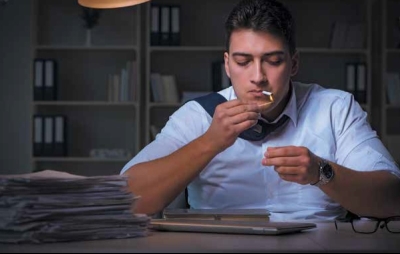 The landscape around marijuana use has changed dramatically over the past couple of decades. While possession of even a small amount of marijuana used to be a crime across the country, 33 states and the District of Columbia have legalized its use for medical purposes, and 10 states permit recreational use of marijuana as well. But marijuana is still technically ille­gal under federal law, which applies everywhere – although the feds don’t seem to be going after pot users who follow the laws of their state.

So what does that mean for you as an employer? Do you have to tolerate pot use among your employees?

First off, it’s pretty clear that employers still have the right to fire or discipline workers for being under the influence of marijuana at work, and even in states that have legalized marijuana for recreational use, the marijuana laws don’t seem to prohibit employers from firing employers for off-duty use. Of course, if you’re in one of those states, you might think hard before doing that. After all, if you go too far in seeking to regulate your employees’ private lives — especially when they’re not breaking state law or impacting workplace safety and productivity — you may run into morale and retention issues.

The issue of medical marijuana is more complex. In some states, the laws specifically say that employees can’t be fired or discriminated against for off-duty medical marijuana use. But even those states gener­ally allow employers to punish workers who are high during work hours.

In other states, laws permit employers to fire employees who use pot off-hours, even for medical purposes. Again, however, as an employer you should think hard about whether you want to impose your own morals on your workers outside the workplace, especially if they have a valid medical reason for using cannabis.

Some states’ medical marijuana laws don’t address this question at all, which means the courts end up deciding the issue, and different states’ courts can reach different conclusions.

For example, a few years back a cable company in Colorado fired a quadriplegic employee who used medical marijuana to control his leg spasms. He only used marijuana during nonworking hours and he had a valid prescription. The employee sued, arguing that his employer had violated Colorado’s “off-duty conduct” law, which bars employers from firing employees for engaging in lawful activities outside the workplace.

But the Colorado Supreme Court ruled that since marijuana was still illegal under federal law, the employee wasn’t engaging in a “lawful” activity. Similar decisions followed in Oregon, California and Washington state.

More recently, the Michigan Court of Appeals ruled that a public employer could rescind a job offer after the candidate tested positive for THC in a drug screening that was part of the hiring process. The worker used pot for medical purposes, but the court ruled that Michigan’s medical marijuana law doesn’t protect a medical marijuana cardholder from a public employer’s “zero tolerance” drug policy.

On the other hand, the highest court in Massachu­setts ruled in 2017 that a woman who was hired for a marketing position contingent upon passing a drug test (and who told the employer that she was pre­scribed medical mari­juana to treat Crohn’s disease, that she didn’t use it daily and that she wouldn’t use it before or at work) could bring a disability discrimination claim against the com­pany for firing her after her drug test came back positive. Rhode Island’s state supreme court also recently ruled that pre-employment drug screenings as applied to medical marijuana could be disability discrimination.

If you’re in a state that’s legalized medical marijua­na use but you’re concerned about its impact on your workplace, talk to an employment lawyer to discuss the best ways to proceed.