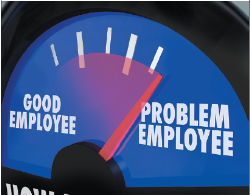 One of the biggest traps an employer can fall into is failure to document employee performance issues. If an employee who has been demoted, disciplined or fired decides to sue you, claiming that you were motivated by impermissible prejudice, or that you acted in retaliation for something they did that is protected by the law, it will be very difficult to defend yourself without a solid,consistent record of all the legitimate problems the employee caused. Strong documentation can save an employer from lengthy litigation and potentially costly judgments, and some recent cases bear this out. One example is a retaliation case brought in federal court by an employee of an engineering company in Wisconsin.

Employee Laura Rozumalski reported sexual harassment by her direct supervisor. The allegations were quickly investigated and the supervisor was fired. But when Rozumalski was fired two years later, allegedly for performance issues, she claimed the company did so in retaliation for her harassment complaint two years earlier. The trial judge found that she had no claim and issued a judgment for the employer. When Rozumalski appealed, the 7th U.S. Circuit Court of Appeals upheld the lower court’s judgment. Although the court acknowledged that workplace harassment can hinder a victim’s ability to succeed years after the incident, the record didn’t show this to be the case. Specifically, the court pointed to the long period of time between Rozumalski’s complaints and her dismissal, and it was particularly convinced by a lengthy, detailed record the employer had compiled of the employee’s struggles to meet work standards, her consistent tardiness and her failure to comply with an employee improvement plan mandating that she keep regular office hours and inform her manager if she were to leave for reasons other than a normal lunch break. Had the company not consistently documented the issues, the case potentially could have come before a jury, putting the employer in an unpredictable spot.

Another case, in Tennessee, shows that it’s important to not only keep a record of performance issues, but to stick to your story about why you took the action you did. The employer in the case, also an engineering company, fired employee Rikita Bonner-Gibson for unilaterally altering her work schedule and responding to a supervisor in an “insubordinate” manner. The employee, who had just returned from maternity leave, claimed the company’s reason was a pretext (in other words, a false reason) and that she had actually been fired for complaining about the company allegedly mistreating her during her pregnancy. A federal district court judge decided the case could go forward, pointing out that the employer’s stated reason for firing the employee kept shifting. For example, during an unemployment hearing, an HR rep said the woman had been fired because she forwarded a final written warning email to family members, though it turned out the rep had no personal knowledge that this was the case and admitted to speculating based on a review of the employee’s personnel file. Since the email actually had nothing to do with the decision to fire Bonner- Gibson, the court grew skeptical of the company’s entire decision-making process. Meanwhile, after the suit was filed, the employer “piled on,” adding reasons for having fired Bonner-Gibson that hadn’t actually motivated the firing. The case will proceed to trial, where a jury could hammer the employer with high damages. Had the employer done a better job documenting the worker’s issues and stuck to its story instead of creating shifting justifications, it might have found itself in a better place. Finally, employers must act quickly once a termination is justified. Otherwise a savvy employee who sees the writing on the wall might make the first move by filing a discrimination, harassment, wage-and-hour or workplace safety charge with the Equal Employment Opportunity Commission, hoping it gains some traction. At that point, if you follow through on your plan to discipline or terminate that worker, you could find yourself facing a retaliation claim. Unless you have a welldocumented record of the employee’s performance issues and of your efforts to work with that employee, and of the employee’s inability to make improvements, you could ultimately face an uphill battle in court. These are all complicated issues, and no two cases are the same. That’s why you should call an employment attorney to review your own evaluation and discipline policies.